Criteria for the Best Mexican Restaurants in Edinburgh

As a food tour guide in Edinburgh, I always tell my guests that I won’t take them to chain restaurants obr tourist traps, so I’ll rule those out. If you want to visit Wahaca or Las Iguanas, that’s up to you. I’m also leaving Tex-Mex off this list, so no Bonnie Burrito (even though their haggis burrito is fantastic). A couple of other great Mexican restaurants in Edinburgh didn’t make this list, mainly because I haven’t frequented them enough to give a proper review. 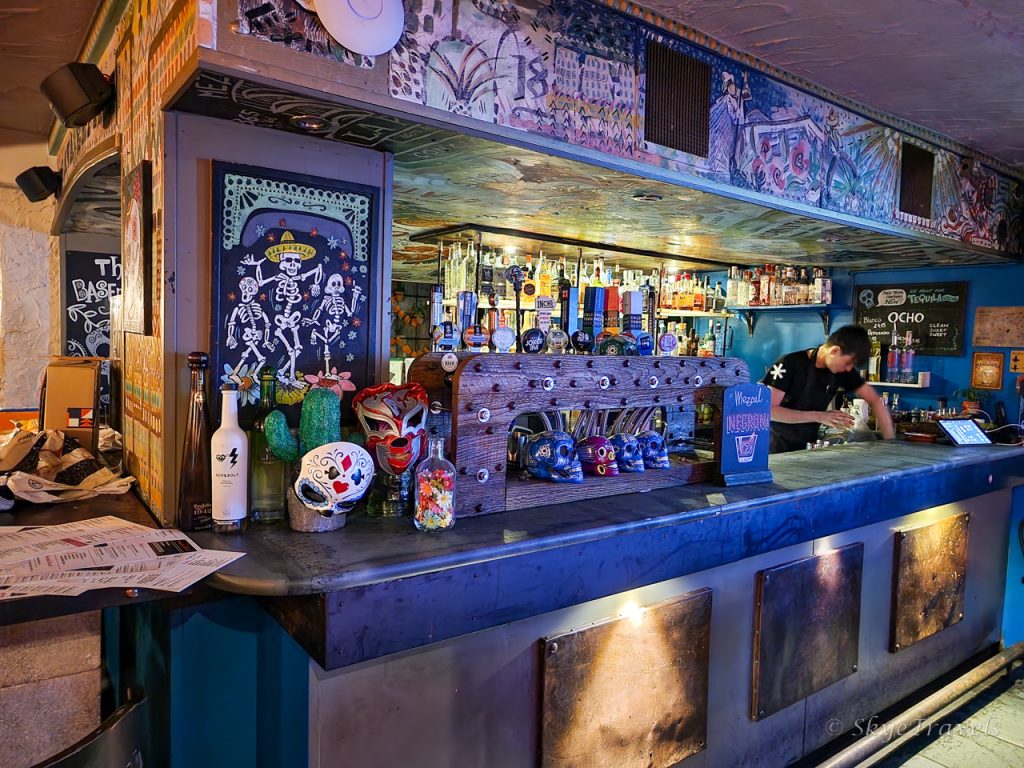 Note that there’s no particular order to this list. It’s hard to say which of these is my favorite. My only qualm is that many have downsized their menu recently, as have quite a few restaurants in Edinburgh. There are a number of factors for this, but the remaining dishes on the menus are still fantastic, and the quality is top-notch.

I’d love to give specific details of opening times, menu items, prices, etc, but the truth is these factors change on a constant basis. Instead, just check them out on Google Maps: 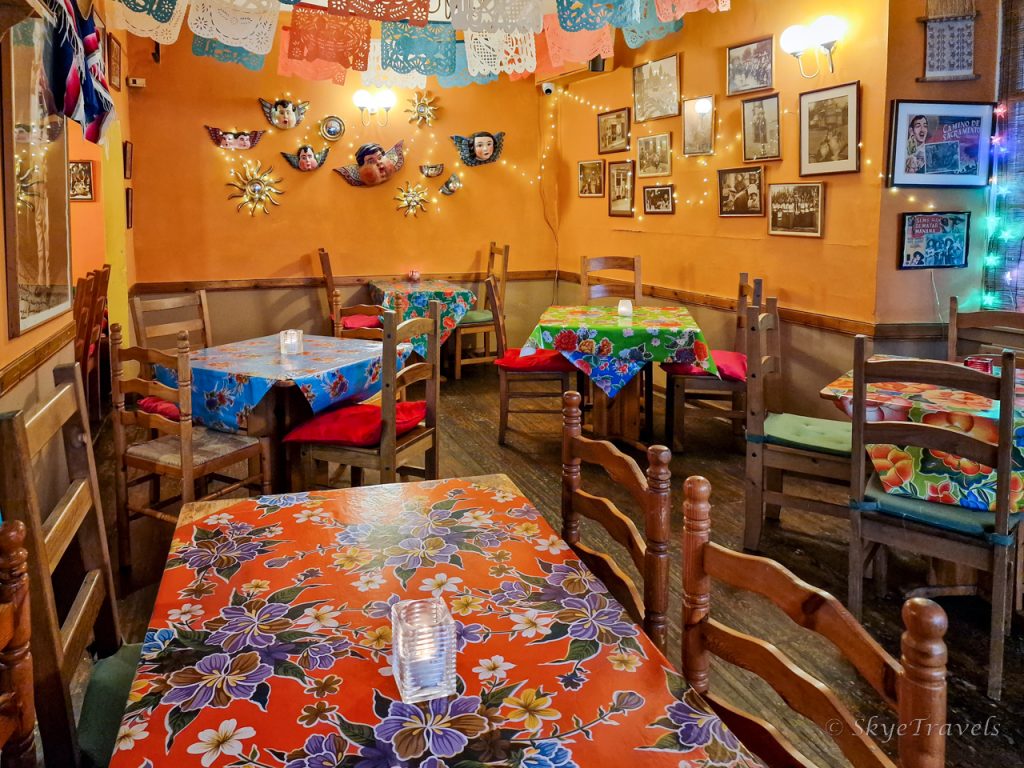 The first authentic Mexican restaurant to mention is Viva Mexico on Cockburn Street (pronounced Coburn). This is a family-run restaurant that has been in the same spot for nearly 40 years. For the ambiance, Viva Mexico makes great use of the odd-shaped rooms, narrow passages, and hidden staircases typical in the old buildings in Edinburgh. From the street, it looks like there are only a couple places to sit. Most of the tables are on lower floors. The menu isn’t extensive, but there are plenty of Mexican favorites: fajitas, molé chicken or enchiladas, chimichangas, tostadas, etc. Yes, there’s also a Tex-Mex burrito on the menu, but everything else is authentic. Even the tortilla chips are homemade from scratch. They even have some fantastic horchata, which tends to be very hard to find outside of Mexico. Tacos Libre was started by a former chef from Viva Mexico. The menu is significantly smaller, and so is the restaurant, but the quality is just the same. Available are tacos, chimichangas, enchiladas, quesadillas, and nachos, and only one or two versions of each. You’ll find Tacos Libre at the west end of Princes Street in Edinburgh’s New Town, just after the street turns into Shandwick Place. As mentioned it’s small, tucked into the corner between The Ghillie Dhu and ASK Italian. At this point, I think I’ve had every dish on the menu, and I’m undecided about which is my favorite; everything is fantastic.

It’s been some time since I ate at El Cartel Edinburgh and they’ve since opened another location where Zizzi used to be on Warriston’s Close (that long flight of stairs leading up from Waverley Train Station to the Royal Mile. El Cartel is part of the Bon Vivant group. Its main restaurant serves a very small menu for European fine dining. The Devil’s Advocate, another of their five locations, was named #226 of the top 500 bars in the world in 2022. At the small location on Teviot Place across the street from the University of Edinburgh graduation hall, there are seven antojitos (starters) and seven tacos on the menu, including a delicious, crispy, braised ox tongue taco. The second location in the Old Town also has seven of each (antojitos and tacos), but not all 14 items are the same.

Bodega Taqueria on Leith Walk has been around since 2013. Just like El Cartel, the menu is small. Seven starters or sides, and seven tacos. Their Instagram mentions the food is Mexican-ish, as the tacos aren’t quite the same as what you’ll find on the streets of Mexico. Just think avant-garde, hipster Mexican food of the highest quality. Finally, there’s The Basement on Broughton Street near the main bus station. It’s a true hidden gem. I only wish I had visited sooner, as they’d already taken the ceviche (Vanesa’s favorite dish) off the menu by the time I visited. However, the items that were available were amazing. Similar to Viva Mexico, their menu is a bit bigger than the other establishments on this list, but not as big as other restaurants. I often say you should avoid restaurants with a menu that’s too l long, as it means just more food going to waste or sitting in the freezer. One of my favorite items at The Basement is the guacamole prepared at the table. They didn’t have a molcajete, but the flavor was good. I also had birria tacos, prepared with slow-cooked pulled beef shin, which certainly didn’t disappoint. Vanesa chose the carne asada tacos, and we then had difficulty deciding which was best. Booking a Restaurant in Edinburgh

Nowadays, it can be a little hard to get a booking in Edinburgh with restaurants constantly changing their hours, running out of food, or being fully booked. Thankfully, you can go to OpenTable to make a reservation. What’s particularly nice with OpenTable is that there are last-minute bookings if you’re searching for a place to eat at right away.

Not all the restaurants in Edinburgh are on OpenTable, and there are a few chains and tourist traps that I wouldn’t recommend, but most of the establishments are the better options in town. Of course, these options aren’t the only restaurants Edinburgh has to offer. Stay tuned for future articles on my other favorites around the city. For more information about Edinburgh and Scotland, make sure to check out the rest of my Scotland articles.